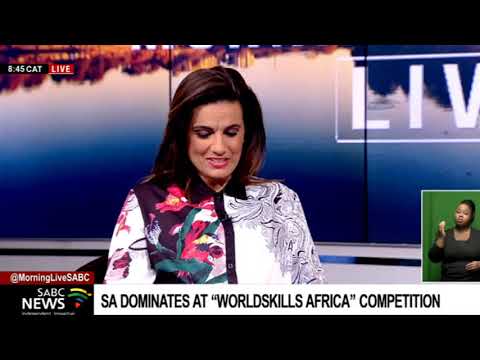 Turning our focus on the Higher Education and Training sector now, Team South Africa has scooped eight medals out of the sixteen categories contested at the WorldSkills Africa Competition in Swakopmund, Namibia. The results were announced following a week-long and successful competition, in which South Africa only participated in fourteen of the sixteen skills categories. Of the ten countries that competed in the competition, South Africa walked away with half the number of medals leaving the other half to be shared among the other nine African countries. Higher Education & Training Deputy Minister, Buti Manamela joins us now for more.