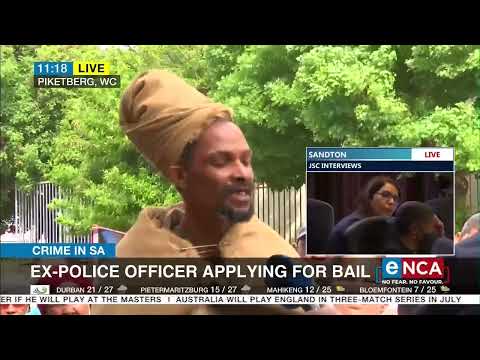 Former police officer, Richard Smit is continuing his bail application in the Piketberg Magistrate’s Court. He’s accused of shooting his girlfriend, Natasha Booise in January. Angry residents of the Western Cape town have threatened to take the law into their own hands if he doesn’t stay behind bars. #eNCA reporter Ronald Masinda tracking this story for us. #DStv403