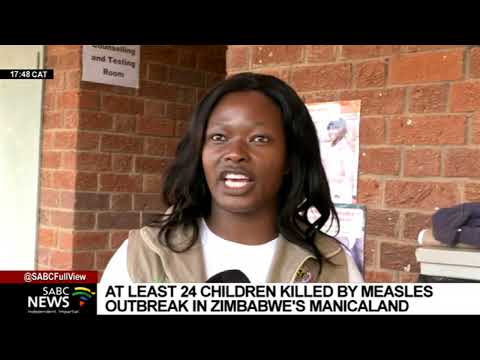 Zimbabwe has been hit by a deadly measles outbreak concentrated in the Eastern Province of Manicaland. The outbreak, which has so far claimed the lives of 24 children from 156 confirmed cases, is mainly affecting children aged between 6 months to 15 years. Mutasa district which is the epicenter of the outbreak has an estimated population of just over 170 thousand residents and over 42 thousand households. The country’s Health Ministry announced on Wednesday that it had begun a mass vaccination program of children in a bid to curb the outbreak before it spreads to other areas. Heath authorities in the region are also to the desired 95% target of vaccinations within the next few days despite the various logistical challenges so far faced.
Ephert Musekiwa and Khayelihle Khumalo compiled this report