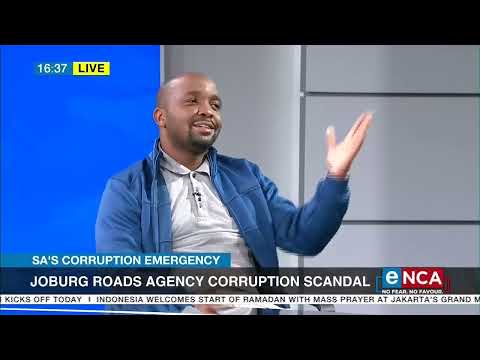 The Johannesburg Roads Agency has been criticised for the state of the city’s roads and infrastructure. eNCA is in possession of a forensic report, revealing irregular expenditure of more than R400m, with officials allegedly grossly overcharging for certain projects at the roads agency. David Funzani from the Independent Municipal Allied Trade Union and Richard Moila, from the South African Municipal Workers Union speak to #eNCA Courtesy #DStv403