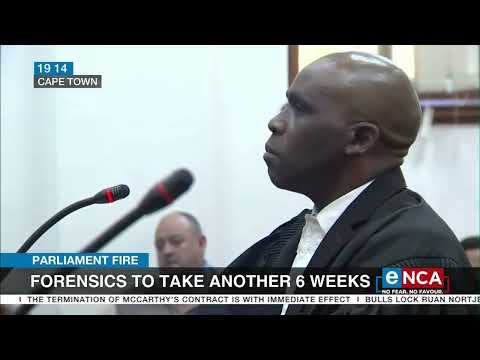 The State says its sole arson suspect in the Parliamentary fire, has been positively identified on video footage of the night in question. Zandile Mafe was back in the Cape Town Magistrate’s Court but the State’s been unable to produce any further evidence in its arson investigation. Forensic experts say they need more time to work the crime scene. eNCA’s Lindsay Dentlinger was in court. Courtesy #DStv403