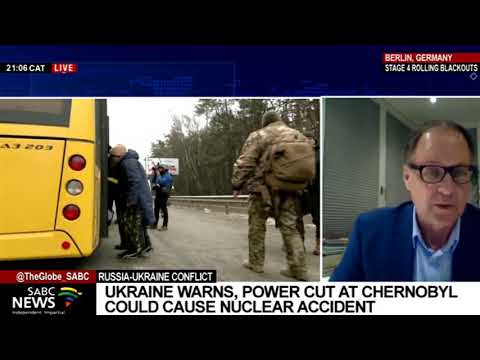 The Russian government has admitted that conscripts have been used in an invasion of Ukraine despite a promise by President Vladmir Putin that only professional soldiers will take part. The announcement was made by the defence ministry spokesperson Igor Konashenko. Meanwhile, more humanitarian corridors have been opened for the safe evacuation of people in Ukraine. The Russian Defense Ministry says corridors from Kyiv, Chernihiv, Sumy, Kharkov and Mariupol will be opened for 12 hours on Wednesday. But the planned evacuation from the town of Izyum in the eastern Kharkiv region, was delayed by Russian shelling. Ukraine’s Foreign Ministry said some 400- thousand residents could not leave Mariupol due to shelling. Joining us from Germany is Professor, Markus Ziener who is Senior Fellow from The German Marshall Fund of the United States