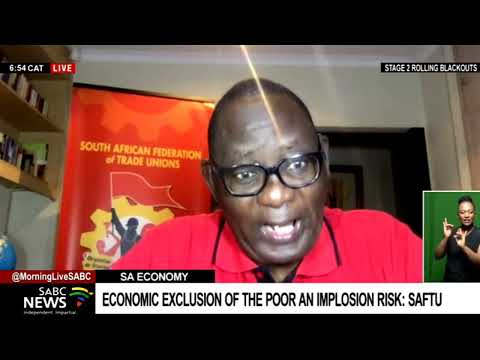 Statistics South Africa (Stats SA) on Tuesday reported that the country’s real gross domestic product (GDP) in the fourth quarter of 2021 which covered the period between October-December grew by 1.2%. Personal services, trade, manufacturing and agriculture were reported to be the key drivers of growth, while an increase in demand for goods and services drove up the expenditure side of the economy. Exports and household expenditure were the most significant contributors to growth. The South African Federation of Trade Unions (SAFTU) says though this took the annual growth rate for 2021 to 4.9%, the growing crisis of capitalism in South Africa has created the most unequal nation with a looming disintegration of the society.