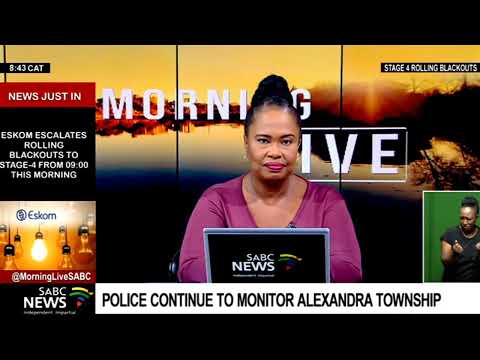 Calm has been restored in Alexandra, north of Johannesburg, following attempts to shut down the township. This follows clashes between a group called the Dudula Movement and foreign national traders at the Pan Africa Mall, since Monday. The group is calling for the removal of undocumented traders. Five more people have been arrested for public violence and incitement. Police remain on high alert.
Let’s speak to SABC News Senior Reporter Chriselda Lewis for an update