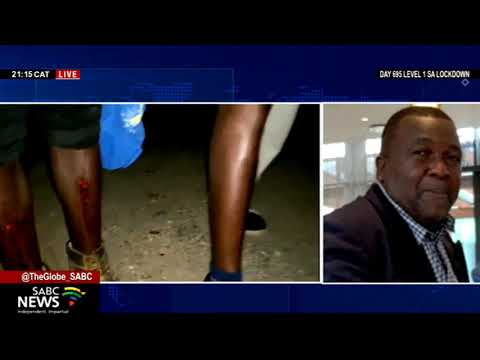 Zimbabweans go to the polls in March 2022 for long-awaited by-elections to fill vacant seats in the National Assembly and various local authorities across the country. The Zimbabwe Electoral Commission (ZEC) had in 2020 suspended the holding of the polls in a bid to manage the COVID-19 pandemic.
In the run-up to these polls, opposition parties are crying foul saying they are being unfairly targeted by the authorities. Videos on social media appear to show possible police abuses. In one video some youth are seen being made to crawl by what looks like police watching over them.
In another video which is not as clear there are suggestions that this is police beating people. SABC has not been able to independently verify the authenticity of the video, but posts on social media claim it happened at a police station.
There are also claims being made by opposition party supporters that they have been targeted and assaulted by ZanuPF supporters.
Joining me now to talk about what appears to be an increasing level of political intolerance are Paidamoyo Saurombe who is a Project Lawyer-Litigation at Zimbabwe Lawyers For Human Rights, and we also have the country’s ruling party ZanuPF spokesperson in South Africa, Kennedy Mandaza. He is on the line from Zimbabwe.