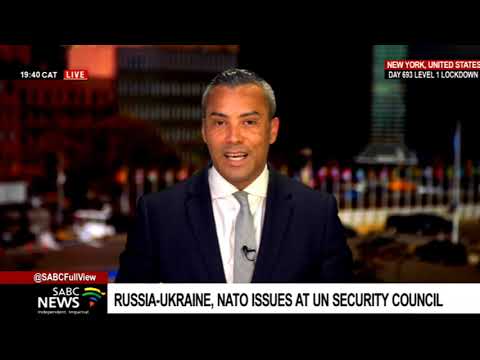 The United States has again upped the ante with Russia warning that Moscow was moving towards an imminent invasion of neighbouring Ukraine. US Secretary of State, Antony Blinken, was a last-minute addition to a Security Council meeting in New York which was due to discuss the 2015 Minsk Agreements designed to end the separatist war in regions of Eastern Ukraine that accompanied Russia’s annexation of Crimea in 2014.

But the session also focused on the military buildup of Russian troops along Ukraine’s borders, and comes as the United States warns that Moscow was adding thousands of troops to its ranks, rubbishing claims of a de-escalation.

For more on this..Our Correspondent Sherwin Bryce-Pease joins us from the United Nations in New York.