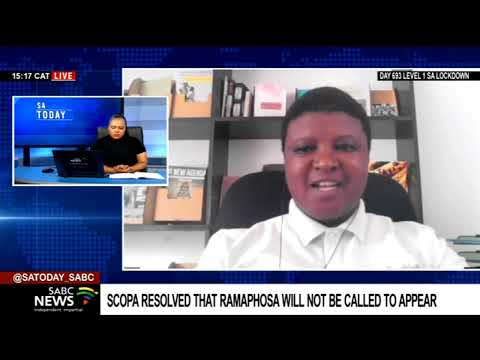 The Standing Committee on Public Accounts has resolved not to call President Cyril Ramaphosa to appear before it regarding the leaked audio recording of an ANC NEC meeting.

The majority voted in favour of not calling the president to the committee.

The ANC called for the matter to be put to a vote after they could not agree in last night’s virtual committee meeting. The DA, EFF, ATM with four members all voted in favour of the President appearing before SCOPA but were outvoted by six ANC members

We will be unpacking President Cyril Ramaphosa’s SONA week and developments arounds SONA including calls for the president to review his cabinet.