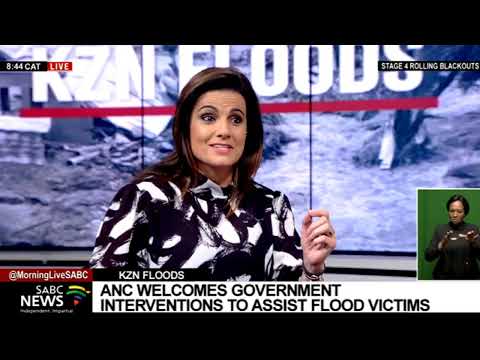 The African National Congress (ANC) has joined other political parties who have welcomed government’s relief efforts to assist thousands of people who have been affected by the devastating floods in parts of KwaZulu-Natal. At least 448 people have lost their lives while some remain unaccounted for. Homes and public infrastructure have not been spared, leaving scores of people displaced.
The ANC has welcomed the declaration of the National State of Disaster by the President, amid accusations that some of the party’s members could mismanage allocated funds, as was the case with programmes that had been established to deal with the Covid-19 pandemic…..Party National Spokesperson, Pule Mabe joins us in studio….