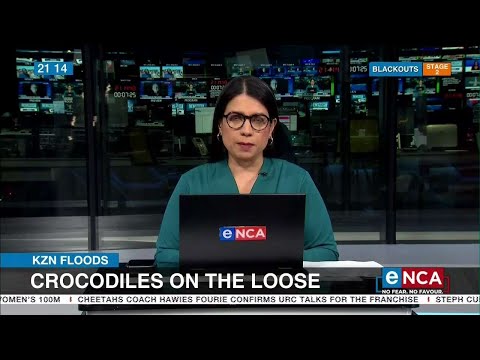 KwaZulu-Natal residents are on high alert after crocodiles were washed away from the Crocodile Creek Farm between Tongaat and Ballito, north of Durban. KZN Wildlife says it’s caught more crocodiles than the ones that escaped the farm. This following a week of floods that wreaked havoc in the province. Peter Watson, Owner of Crocodile Creek farm, speaks to eNCA. Courtesy #DStv403