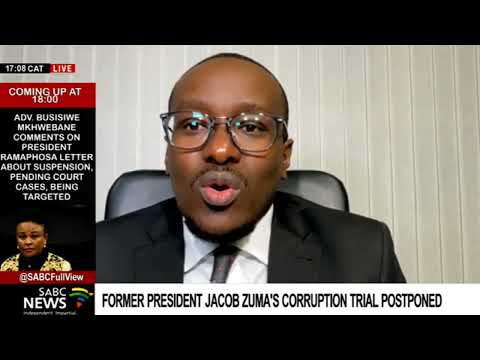 The High Court in Pietermaritzburg has postponed former President Jacob Zuma’s corruption trial until the 17 of May. Zuma’s team asked for a postponement while it approached the Supreme Court of Appeal to reconsider its decision to dismiss his petition to the court to have advocate Billy Downer removed as the lead prosecutor in his trial. Zuma was not present in court today due to a medical emergency. His legal team said the court would receive a medical document later in the day. To discuss we’re joined by a legal analyst, Mpumelelo Zikalala.