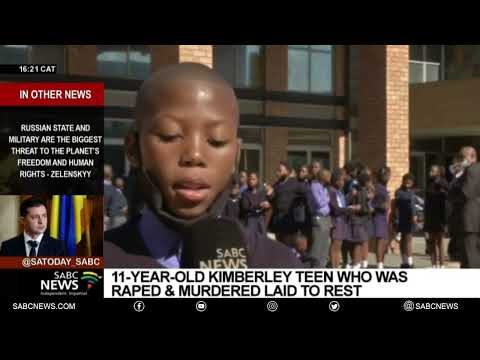 An 11-year-old Kimberley teenager, who was raped and murdered last week, has been laid to rest. Relebogile Segami went missing last week Wednesday and her body was found days later in the bushes behind the Northern Cape Legislature building. According to the family, the girl was raped and choked to death before being dumped.