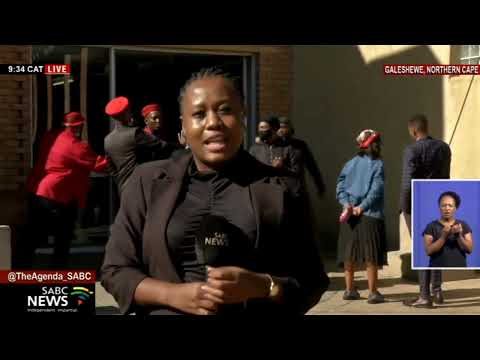 The funeral of an 11-year-old girl who was raped and murdered last week is under way in Kimberley in the Northern Cape. Relebogile Segame went missing on Wednesday last week and her body was found days later in a veld.
According to the family, the suspect lured her by promising her money.
They allege that the girl was raped and choked to death before being dumped in the bushes behind the Northern Cape Legislature building.
We cross to our reporter Katleho Morapela for the latest