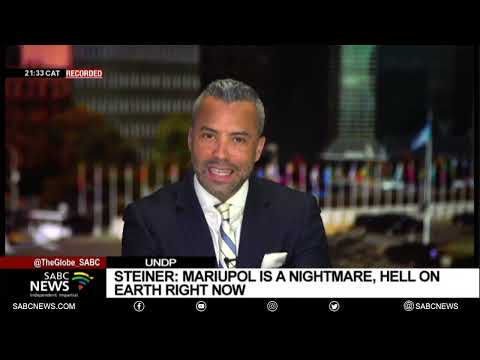 The United Nations Development Programme has warned that almost two decades of developmental gains could be lost if the war in Ukraine becomes protracted. In a conversation with the SABC’s Sherwin Bryce-Pease, the head of UNDP also pointed to a worst-case scenario where $100 billion worth of infrastructure from roads to hospitals and schools could be destroyed and where 9 in 10 Ukrainians face poverty and extreme economic vulnerability. But it’s also the ripple effects of the war – on exports, food security, supply chains and energy costs that have placed many developing economies at heightened risk – that leads Achim Steiner to take the view that the world is facing an intensely tragic moment. Here now that exclusive conversation with the UN’s third highest ranking official.