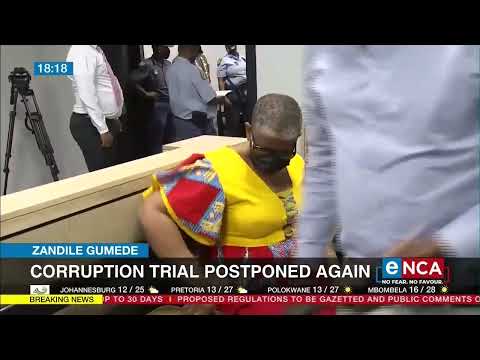 The corruption trial against Zandile Gumede is now going to be heard on 18 July in the High Court in Pietermaritzburg. The former eThekwini mayor and her 21 co-accused were in the dock today, where the matter was once again postponed to allow for further particulars to be finalised. The accused face charges of corruption, racketeering and fraud. relating to a solid waste tender of more than R300-million. eNCA’s Lethiwe Mdluli reports. Courtesy #DStv403