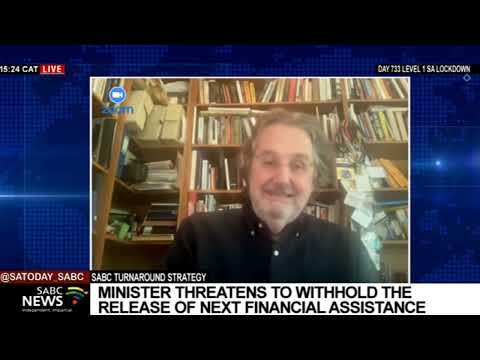 Director of Media Monitoring Africa William Bird has accused Communications and Digital Technologies Minister, Khumbudzo Ntshavheni of interfering with the SABC’s operations by trying to force the public broadcaster to comply with what she says. Ntshavheni has threatened to withhold the release of the next financial assistance for the SABC’s turnaround strategy.

This follows the SABC’s media statement on Friday that the public broadcaster was losing revenue due to the planned switch off of all analogue transmitters at the end of the month to migrate to digital television.

Bird says they are consulting their lawyers in light of the Minister’s threats against the SABC for asserting its independence.

We are now joined via by Professor Anton Harber from the Wits Centre for Journalism to weigh in on these developments regarding SABC funding.