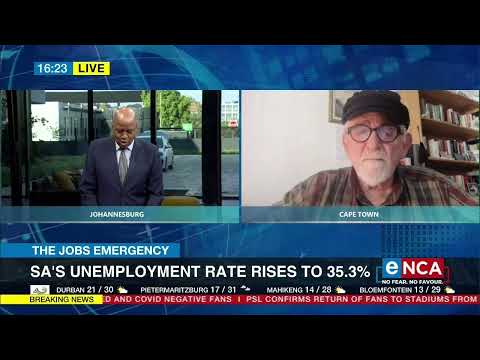 The latest unemployment numbers paint a grim picture. South Africa’s unemployment rate has risen to 35.3 percent in the fourth quarter of 2021,
the highest since the start of the Quarterly Labour Force Survey in 2008.
But the expanded unemployment rate – which includes discouraged work-seekers who have given up looking for work fell by 0.4 of a percentage point to 46.2 percent. Labour Analyst and columnist, Terry Bell joins us to unpack these numbers. #DStv403