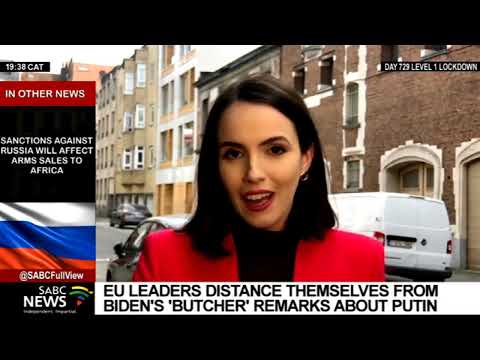 After US President Joe Biden called Russian President Vladimir Putin a ‘butcher’ and said that the Russian leader ‘cannot remain in power’ during a trip to Warsaw, some European leaders are trying to distance themselves from those remarks. The US later clarified that it is not pursuing a policy of regime change in Russia.

Rosie Birchard reports from Brussels, where both the European Union and NATO are headquartered.