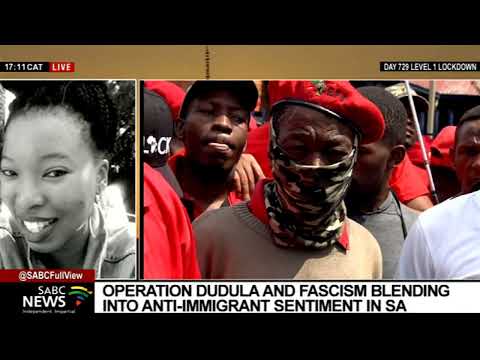 In a new twist, members of Operation Dudula say the arrest of their leader, Nhlanhla Lux Dlamini, is politically motivated. This after Dlamini’s arrest on Thursday in connection with a housebreaking case which was opened by Soweto resident and EFF member Victor Ramerafe. His arrest amid a rise in campaigns against foreigners living and working in South Africa. Now, Questions have been asked if Operation Dudula is a catalyst for the inflammation of xenophobia in South Africa. Joining us now is Labour analyst Terry Bell and researcher at the Centre for the Study of Violence and Reconciliation, Boikanyo Moloto.