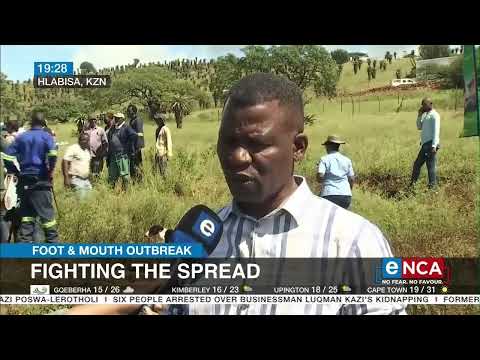 A total ban on movement of livestock has been put in place in some parts of northern KZN. KZN Agriculture is trying to curb the spread of foot and mouth disease, which has been detected in three districts. Beef production in the province is expected to be affected. eNCA’s Lethiwe Mdluli reports. Courtesy #DStv403