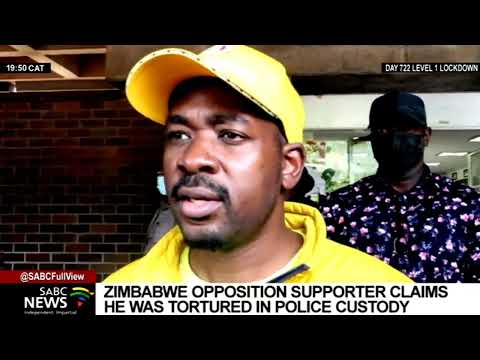 A supporter of Zimbabwe’s main opposition, Citizens Coalition for Change, is recovering in a Harare hospital from injuries he allegedly sustained while in police custody. 44-year-old Godfrey Karembera was arrested in Harare on Thursday. According to the state-run Herald newspaper, he was arrested for wearing the opposition party’s colours and chanting anti-Government slogans, before trying to deface the statue of Mbuya Nehanda.
Karembera says police tortured and beat him.