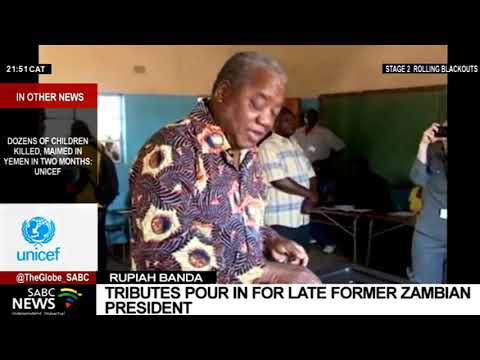 Tributes are pouring in following the passing of Former Zambian President Rupiah Banda after suffering from colon cancer. In his tribute, President Cyril Ramaphosa says the people of South Africa and Zambia are united in mourning the passing of President Banda. The 85-year-old Banda was Zambia’s president from 2008 to 2011. The former diplomat also served as vice-president in 2008, when the then President Levy Mwanawasa suffered a stroke and later passed on. He then took office becoming the country’s fourth president, and won the subsequent elections.