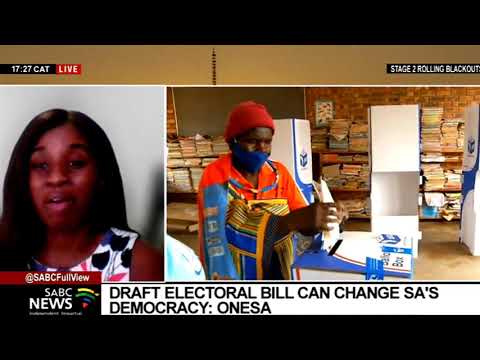 The One South Africa movement says that current draft legislation before parliament could be one of the most important laws passed in the new South Africa.
But says the Electoral Bill has 4 key flaws.
The bill allows for independent candidates – not aligned to any party – to compete in provincial and national elections.
But the organization is concerned that independent candidates that receive more votes than required to get one seat in parliament, then lose all the additional votes.
In 2020, the Constitutional Court declared the current Electoral Act unconstitutional.
It also ordered parliament to correct the act which is meant to pass by June.
To discuss we’re joined by the spokesperson for the One South Africa Movement, Mudzuli Rakhivhane.