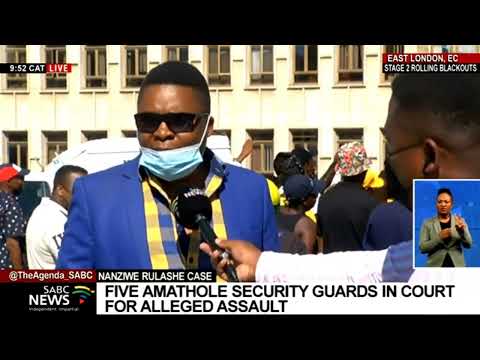 The ANC Women’s League in the Eastern Cape is marching in support of the Amathole District Municipality councilor, Nanziwe Rulashe. The female councilor was dragged by security personnel from the municipality offices in February. A video of the incident went viral. Four security guards and the head of security at the Amathole District are appearing in the East London Magistrate’s court on charges of assault.

For more on the story, let’s catch up with SABC News reporter Abongile Jantjies in East London.