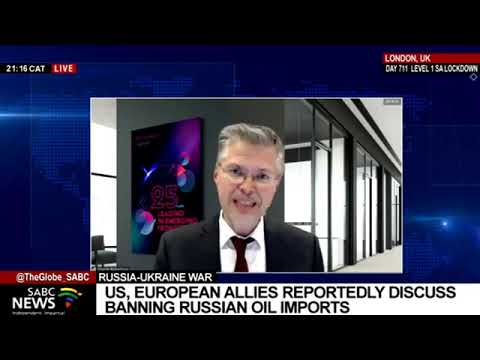 Reports say the US and European allies are looking to step up punitive sanctions on Russia as it forces step up shelling of Ukrainian cities. Washington has indicated that it’s discussing a possible ban on Russian oil imports with its European allies. China could provide Moscow with a potential lifeline, but as Patrick Fok reports from Beijing… there may not be much it’s willing to do. Charlie Robertson is Renaissance Capital chief economist. He is in London via Zoom.