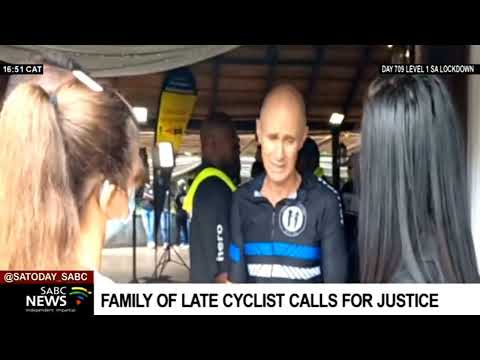 A campaign in honour of the late triathlete, Andre Piehl was launched at the Cradle of Humankind, west of Johannesburg on Saturday. Piehl, a Johannesburg based-triathlete was knocked over to death while his friend and fellow cyclist Jean Francois Du Preez sustained serious injuries. The Power Pedal Association in partnership with Cycle Lab has since launched the ‘Cyclists Lives Matter’ campaign to create more awareness on the safety of cyclists and to promote tolerance between cyclists and motorists.