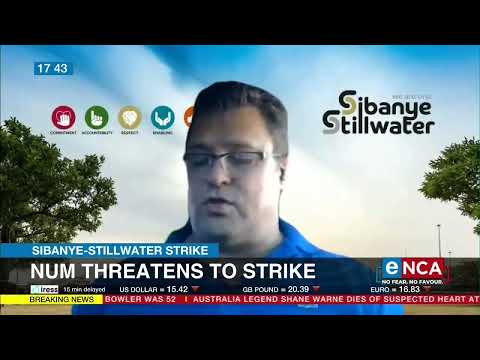 The country’s largest mining employer Sibanye-Stillwater says it will not move on its wage offer despite union members voting to go on strike at its gold operations. The National Union of Mineworkers has told eNCA that unions are set to down tools. The firm this week announced a record R33bn rand profit in 2021, but it says it cannot fund wage increases in the gold sector from its platinum operations. #eNCA #DStv403