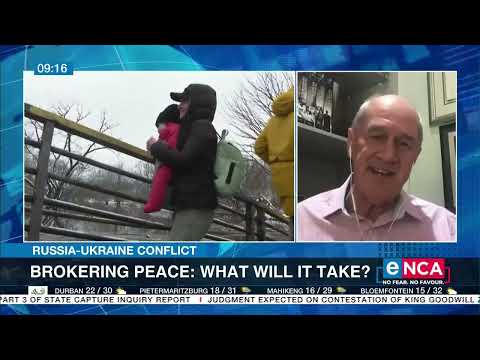 He is credited for helping to lay the foundation for our transition to democracy. His negotiations with Cyril Ramaphosa led to the landmark 1994 elections. So, former Constitutional Affairs Minister Roelf Meyer is more than well-versed with what it takes to broke a piece in time of conflict. Today, Meyer is the Director of the In Transformation Initiative which supports countries undergoing transition. He speaks to eNCA’s Annika Larsen. Courtesy #DStv403 #eNCA