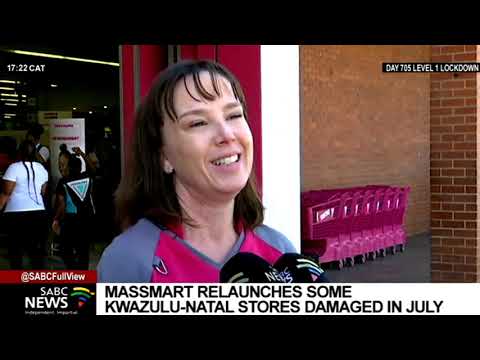 JSE-listed Massmart says it’s rebuilding its looted stores as the areas in which they operate, are slowly returning to normal. 39 of the retailer’s stores were looted and vandalised in KwaZulu-Natal and parts of Gauteng in July last year.

Five Game stores have reopened, while the other five which were completely gutted, are still being rebuild