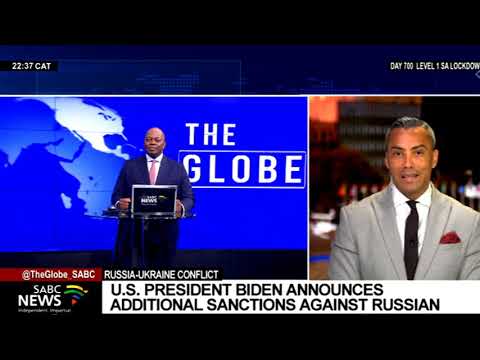 The United Nations Secretary General says we are seeing a Russian military operation inside the sovereign territory of Ukraine on a scale that Europe has not seen in decades. Antonio Guterres announced that the United Nations would allocate $20 million from its Central Emergency Response Fund to meet immediate humanitarian needs in the region as he warned that the decisions of the coming days would shape the world and directly affect the lives of millions of people. He spoke moments before U.S. President Joe Biden who announced additional sanctions against the Russian Federation. SABC Correspondent Sherwin Bryce-Pease joins us now from New York.