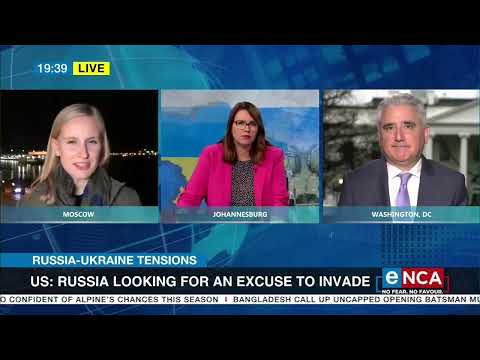 Russia has indicated it is deploying troops into two rebel-held Ukrainian regions. This comes just a day after Russian President Vladimir Putin, recognised the independence of the breakaway regions of Donetsk and Luhansk in eastern Ukraine. We are joined by correspondents Julia Chapman in Moscow and Simon Marks in Washington. Courtesy #DStv403