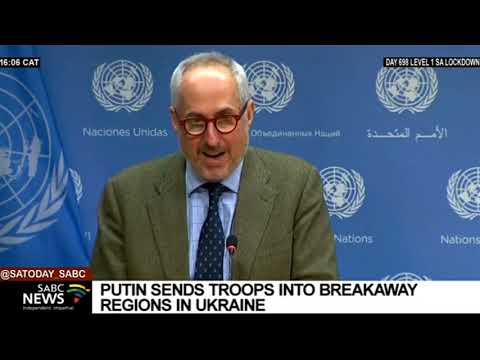 At an emergency meeting of the United Nations Security Council, the United States slammed what Russia is calling a peacekeeping operation. It said Moscow’s recognition of the breakaway regions as independent is part of its pretext for war.
UN Secretary-General Antonio Guterres announced that he would forego a visit to the Democratic Republic of Congo this week due to growing concerns about the deteriorating security situation in Europe in relation to Russia’s military buildup along Ukraine’s eastern flank.