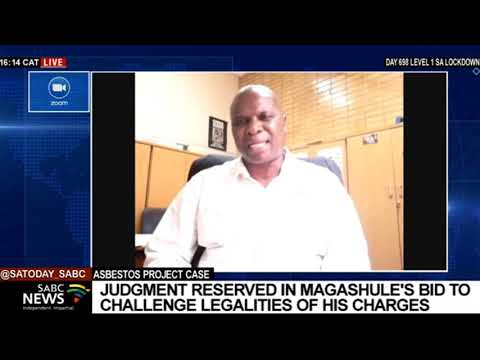 Magashule is challenging the legality of the charges levelled against him on the 255 million rand asbestos scandal at the high court in Bloemfontein. The state has submitted that suspended ANC Secretary-General Ace Magashule failed to execute his duties as the executive authority when he was premier of the Free State. He is seeking seven declaratory orders, arguing that the state has no prima facie case against him. Magashule addressed the media outside the court. Political analyst Levy Ndou shares more.