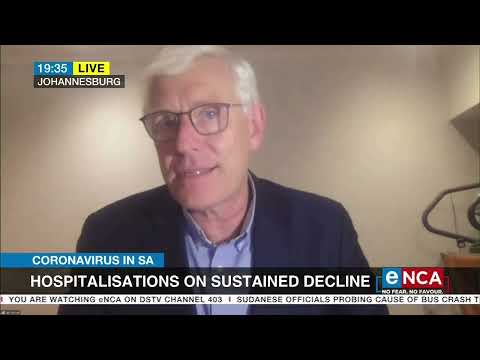 Numbers have remained low, and for the last two weeks, the test positivity rates have not breached the 10% threshold. Hospitalisations, arguably the most important metric, are still on a sustained decline. President Cyril Ramaphosa says there are plans to end the State of Disaster soon. Wits University School of Medicine’s Professor Ian Sanne spoke with eNCA’s Sally Burdett about the prospect of further loosening restrictions. Courtesy of #DStv403