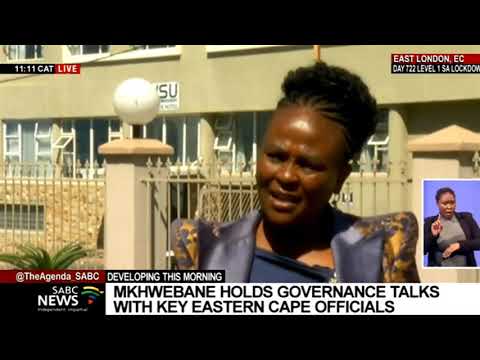 Public Protector Busisiwe Mkhwebane and her deputy are this morning holding talks with key officials in the Eastern Cape government.
These officials include the Speaker of the Provincial Legislature, Helen Sauls-August, Premier Oscar Mabuyane and Members of the Traditional and Khoi-San leaders.
The discussions will centre on the state of governance in the Eastern Cape as per the findings of the Public Protector investigations.
Currently, Premier Mabuyane and Public Works MEC Babalo Madikizela have taken on review the Public Protector’s decision that find them to have unduly benefited from the money destined for Mama Winnie Madikizela Mandela’s funeral.
Let’s hear more on the story from SABC News reporter Lubabalo Dada in the Eastern Cape.