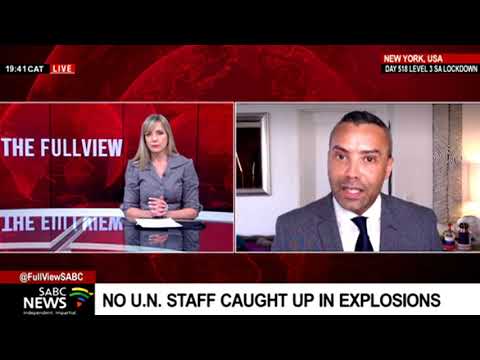 A possible G20 meeting on Afghanistan next month could chart a new global course for the country as the United States maintains that it will meet an August 31st deadline to complete evacuations and withdraw the troops from the country. The United Nations Secretary-General called for the international community to use the Taliban’s aspiration for legitimacy as a tool to push for an inclusive government in Afghanistan while pressing the issue of respect for human rights. The US, which has evacuated over 82 000 people since August 14th, says its focus remains on getting Americans and Afghan allies who want to leave, out of the country. This, as threats of attack on its positions at Kabul airport continue to loom large after an explosion earlier today.

Sherwin Bryce-Pease joins us now from New York with the latest where’s he’s been monitoring US and UN reaction to the attacks in Kabul.