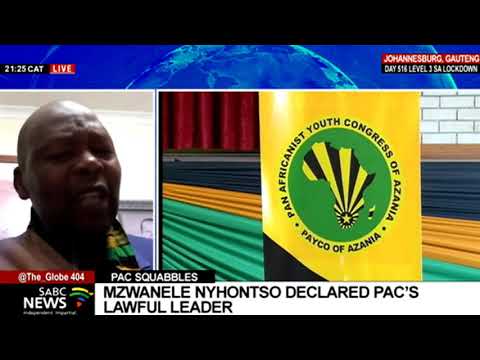 The Pan Africanist Congress of Azania (PAC) leadership dispute has this week been resolved with the North Gauteng High Court confirming Mzwanele Nyhontso as the party’s lawful president.

The court declared Moloto’s election as president and his national executive committee in a separate elective conference, as unlawful and invalid.

This after their factions held separate elective congresses within a week of each other in August 2019 both electing Moloto and Nyhontso as president of the party.

SABC News is joined by Narius Moloto, who feels that he should be the party’s leader.