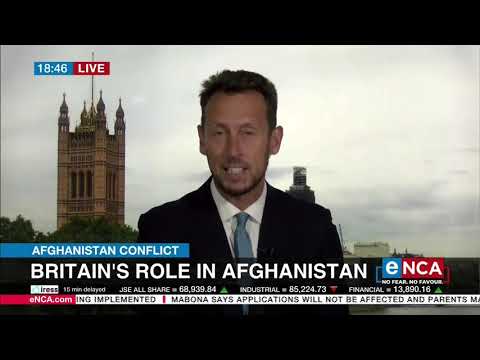 To the UK, where Britain is also scrambling to make a plan for people fleeing Afghanistan in the wake of the Taliban taking over the country. The USA announced it would be pulling out of Afghanistan after 20 years there, which was followed by Nato announcing they too would remove their international troops. eNCA’s Olly Barratt has more details. Courtesy #DStv403