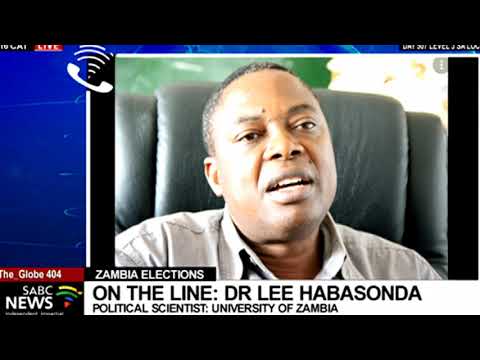 Early election results show President Edgar Lungu trailing his main opponent, businessman Hakainde Hichilema. The president is alleging that election officials from his party Patriotic Front have been chased from polling stations, leaving votes unprotected. In response, Hichilema says the statement is the "desperate final act of an outgoing administration". President Lungu, who is seeking a second term has also said that violence in provinces where he lost votes has rendered "the whole exercise a nullity". The party, he added, is considering its next course of action. To discuss this matter we are now joined by a Political Scientist at the University of Zambia Dr Lee Habasonda in the Zambia capital Lusaka.