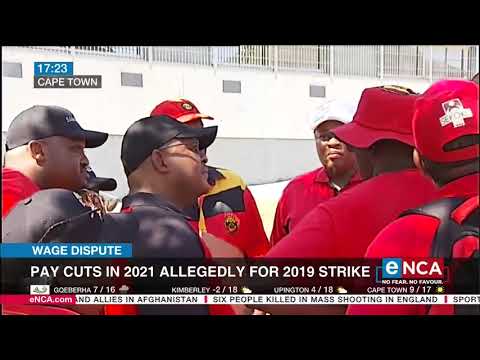 Firefighters in Cape Town say their greatest battles are not with infernos but with management. Workers say they’ve had their salaries docked recently without warning. The pay cuts were apparently because of their absence from work during an illegal strike in 2019. eNCA’s Ronald Masinda has more. Courtesy #DStv403