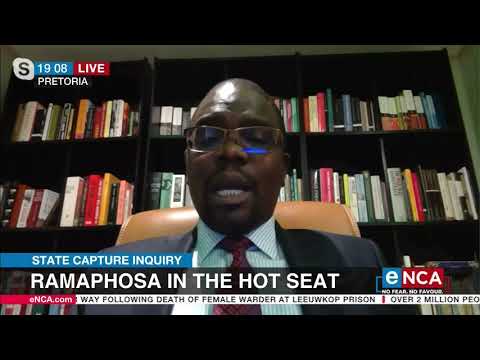 President Cyril Ramaphosa has defended cadre deployment in the judiciary, revealed he almost resigned over the Gupta leaks and says he was the one who recommended Brian Molefe for Eskom. He was testifying at the State Capture Inquiry in his capacity as current president and former deputy president of the country. Courtesy #DStv403