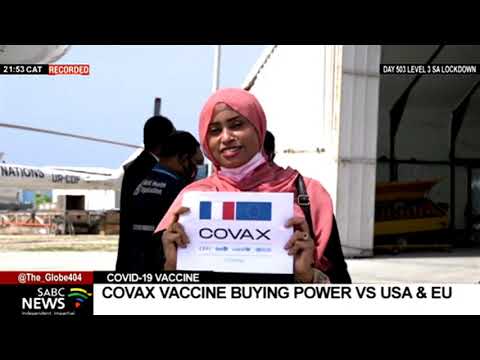 A top official at GAVI-The Vaccine Alliance that runs COVAX says providing a third booster shot to populations is unacceptable when so many countries are struggling to access and administer the first dose. In conversation with the SABC’s Sherwin Bryce-Pease, GAVI’s Managing Director for Country Programmes Thabani Maphosa confirmed that COVAX would be expanding its vaccine supply to lower-income countries in the next six months after under-delivering at just 190 million doses to 138 participating countries or territories since deliveries began in late February. Those numbers have fallen well below expectations with Africa seeing less than two percent of its population vaccinated while lower-income countries account for 1,1% of those who have received their first jab globally.