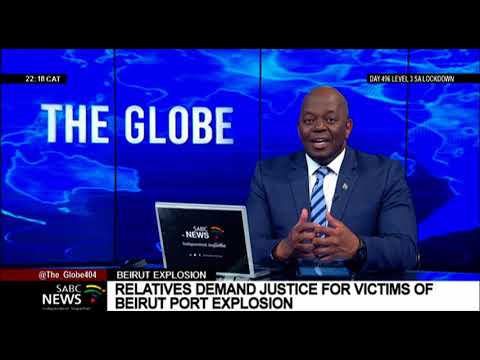 Public anger in Lebanon is high a year after the August 4, 2020, Beirut blasts, with a stalled investigation, crippling economic crisis and an ongoing political quagmire. Increasing crackdowns on dissent and freedom of expression are the order of the day for a country gripped by desperation and outrage. A year on, how are Lebanese people marking the day fatal blasts caused the deaths of more than 200 people, this when a stock of 2 750 tons of ammonium nitrate dumped in the port exploded. Dr Zeinab Al Saffar, an Iraqi-Lebanese Broadcaster & Producer with Al Mayadeen TV in Beirut spoke to SABC about the sombre anniversary and why nobody has been yet been held accountable.