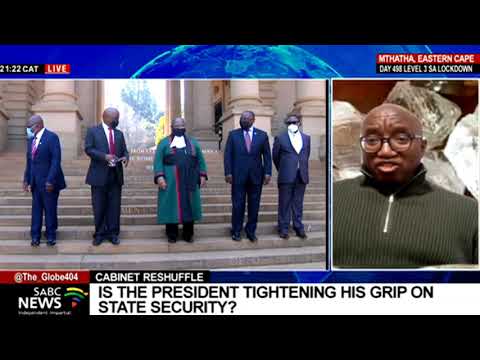 Is President Cyril Ramaphosa trying to centralise power by bringing the State Security Ministry under the presidency? This has been the question asked by some analysts following the new cabinet announced by the President Thursday night. The changes come amid the Digital Vibes scandal and the alleged failures of the security agencies to deal with the recent looting and violence. The President announced that the political responsibility for State Security will now rest with the Presidency. To talk to us some more about President Ramaphosa’s reshuffle is political analyst Sandile Swana.